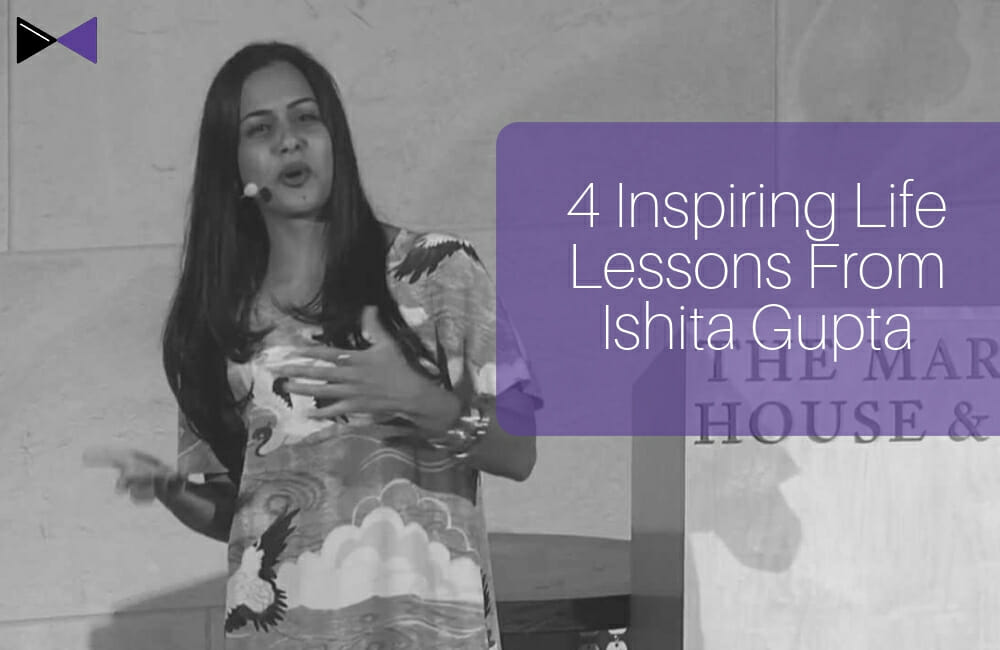 I recall the call well… at the end of a long day, as evening set in.

September, just as the hottest summer I can remember came to a close. Imogen was ill. Only six months old, we had spent a night in the hospital. She threw up. A lot.

In the days that followed, Rosanna and I followed suit.

As I hopped on my call with Ishita Gupta, I still felt the aftermath of a crazy week.

In hindsight, as I write this, I realize this was merely the beginning.

For the next eight months, Imogen would often be ill. We would eventually learn she had a milk allergy. Yet, we only learned this after ploughing her with milk and other dairy products for months on end.

An unhappy baby, our reality.

A strained relationship, faced Rosanna and me.

In the coming months, I would empty myself of all self worth. Exhausted. Anxious. Doubting and pouting.

But on this call with Ishita, I remained blind with bliss.

Our ordeal was coming to an end. A crazy week, no more.

Things would soon get back to normal…

And I told her all this, before we hit the record button to document our interview. I’d followed her for years. Always loved her content, her style… her unique voice and ways

We had spoken for the first time, a few months prior. For a podcast I worked on. But now, this was the real deal, because I asked her to be part of my book.

She resisted. Didn’t have the time. She said no to me.

This was one of the inspiring life lessons she taught me.

But we’ll get to that soon…

With a little persistence, I twisted her arm. I had to wait a few weeks, but we could grab a call and see where the conversation took us. I can’t for sure say where it took her, but it guided me on a path that I look back upon fondly.

Only now, as I write this, with fresh eyes and a mind open to true reflection, can I appreciate the inspiring life lessons she gave me. I wrote about her and included her colourful character inside my latest book: a parable about finding yourself, and building a life true to the self you wish to fulfil.

But even then, as I wove her character into the story, I couldn’t appreciate the inspiring life lessons relevant to my own life. Because as I did, I remained lost: Exhausted. Anxious. Doubting and pouting.

Yet now, as I write this… I’ve broken free from the darkness.

And as light brightens my room more by the day, I can appreciate Ishita’s advice in a brand new way.

1: Understand What Your Heaviest Feeling is.

Early in our conversation, I asked about Limiting Beliefs, and how these form.

They are there, inside us all.

But how do we find them?

How can we begin to understand them?

Ishita had an answer: search for the heaviest thing on your heart and mind…

There’s always something that stands out above all else. What is it? What is that feeling or fear or worry?

Explore this. That’s all you need to do.

Consider where it comes from, and why it’s there. There’s sure to be a reason, but until you explore it and begin to understand it, you won’t know whether it’s rational and real, or irrational and a lie.

“People become successful, not because they don’t have fear or limiting beliefs, but because they are aware of them.” Ishita told me.

It may not result in an answer right now. But once you “know”, you can begin to truly know.

Yet, most of us push those heavy feelings down. Myself included. We feel it, but don’t allow ourselves to do so. We say, ‘not now — maybe later.’ But it’s there. Explore it. Question it. Appreciate it.

Once you do, you can do something about it — whatever that may be.

2:The Battle Between Intellectual & Emotional Understanding

A battle roams within you, every single day.

How often do we do this on a daily basis?

A handful of times? A Dozen… More…?

Ishita talked about this battle. How she used to face it, and still does. I didn’t even think about it, until she showed me how clear and obvious it is.

“There’s the intellectual understanding of when you fail,” she said. “It’s a lesson. A chance to learn. But there’s the feeling — how you internalise it — and that’s totally different.”

You can know that everything will be alright.

But that doesn’t mean you will act this way.

We’re often guided by our emotions. It makes our decisions for us. It dictates our life, and if we let it, it can define us as a person.

It isn’t that you shouldn’t feel, panic or worry. But you do have a choice. There’s another voice within, a more intelligent and rational one. It’s there.

You just have to listen out for it.

3: Don’t Be The Bully To Your Own Self’s Worth

“Self love is the biggest piece to all this,” Ishita said, as we talked about getting a hold over our limiting beliefs, anxiety and self doubt.

“You cannot bully yourself into changing. Trust me, I’ve tried to; I tried for so many years: being hard on myself, beating myself up, being a warrior all the time.”

She told me stories about growing up, and how she felt pressured by expectations from others.

She talked about how she pushed herself and beat herself up; became her own worst critic.

All the while, she suffered.

She would “succeed” and seem successful on the outside, but not feel it within. Yet when she began to love herself, accept herself and give herself a goddamn break… these feelings toward her self changed.

She went on to say how you can change the outside through bullying, but not inside. To change inside, you need to be easier on yourself — you need to show love and compassion.

It reminded me of Kamal Ravikant, and the inspiring life lessons he’s given me…

We are so often our toughest critic, but all we achieve through this is a further pain and internal conflict.

Whatever good or bad is in our world, we need to be kind to who we are.

Once we are, we can then be kinder to those around us.

Shortly before writing this article, I reached out to Ishita about another one.

Asked her to share a few words, so I could feature her in it.

Not in a mean way. Not in a ‘I don’t have time for you’ way. She simply said she had too much on, and that her mind was elsewhere. She thanked me, wished me well and said we would chat soon.

In the past, maybe I would feel angry about this.

Maybe I would have doubted myself or blamed her.

Not this time. I’ve grown enough to appreciate that NO is a powerful word. Others — even those who care about me, call me a friend and wish me well — can, and indeed need to say NO.

Just like I have to say no to them.

It doesn’t mean I don’t love them. It means nothing beyond the simple fact that it’s the right word to say.

As a father, I say it daily to the two people I love above all else. Both George and Imogen look at me with sad eyes, almost every time I say it. But this is what a father must do. I cannot say yes to everything.

Rejection is part of life.

No is what helps you appreciate YES.

A few days ago, Ishita reminded me of this. It won’t stop me from reaching out to her in the future. A no now doesn’t mean it’s a no forever. No is powerful, because it empowers you to say YES elsewhere.

YOU must commit to the word NO, as it’s the single most impactful word you know.

These last few months have pulled me along, often kicking and screaming.

The inspiring life lessons above have helped me step back and realize where I’ve come from, where I am and where I need to turn next.

I imagine, to some degree, all four of these inspiring life lessons apply to you.

I hope they guide you and make you think, as they have done for me. However small or large the lessons you learn in life, they’re valuable and affirming. I’m lucky to learn all I do, although I sometimes don’t appreciate them while I receive them.

At the time, I learned a lot from Ishita.

I recall leaving our call, energised and happy.

Yet it isn’t until now, many months later, that I truly appreciate the inspiring life lessons on offer.

So, maybe now is a good time for you to step back, and consider what you’ve learned of late.

** Ishita appears in my latest book, a parable about what it means to escape the hustle, learn to love yourself and build a life that truly means something. If you want to learn more about it and dive into Ishita’s Inspiring Life Lessons, click here ==>